Day 24 – León – Entering the City through a detour

Lessons learned from yesterday – start walking as soon as possible in the morning. To do that you have to be early in bed. The Night Life of Reliegos took about 5 minutes, all bars closed except one, so that part went fast.

But as you know, after a few hours we need to get some coffee!! And that’s a bit tricky. Most places are closed. 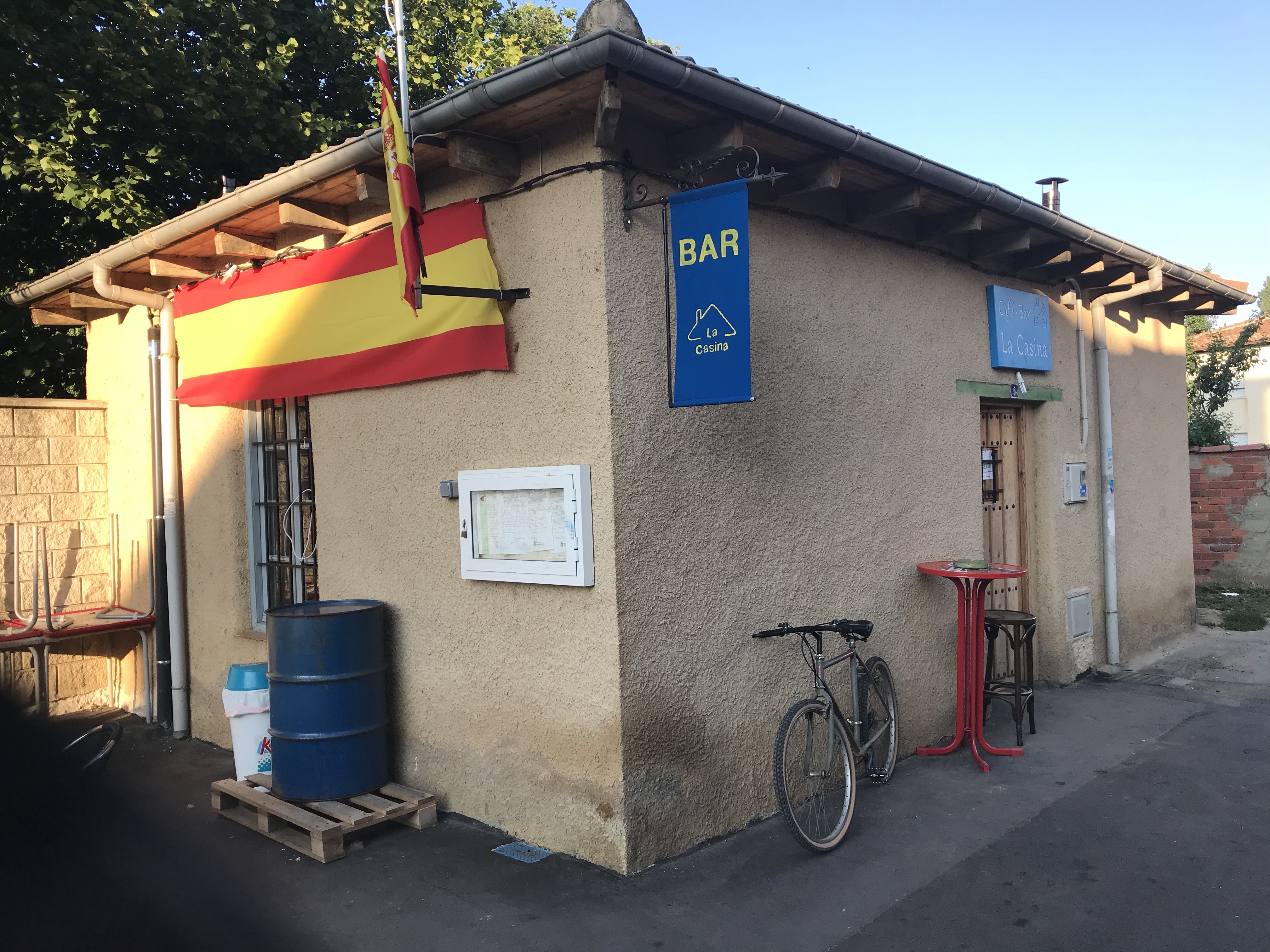 Or should I say the look closed. When we arrived here there where no bicycle, door was closed and the place looked really locked down. But that is just a trick of the owner!! With a littler bit of force you can crash in through the door, to find a very hospital and friendly owners. And the coffee and morning bocadillo was super nice. Just before leaving the bull run in Pamplona started so we had a look at this on the TV together with a lot of people, all of them surprised as we that the place was open! But know we now for the future, just crash in!

So after coffee, we started to walk again, up and down, long road, left road, right road and then, when we did see the light in the tunnel getting closer to town. The road stopped!!! 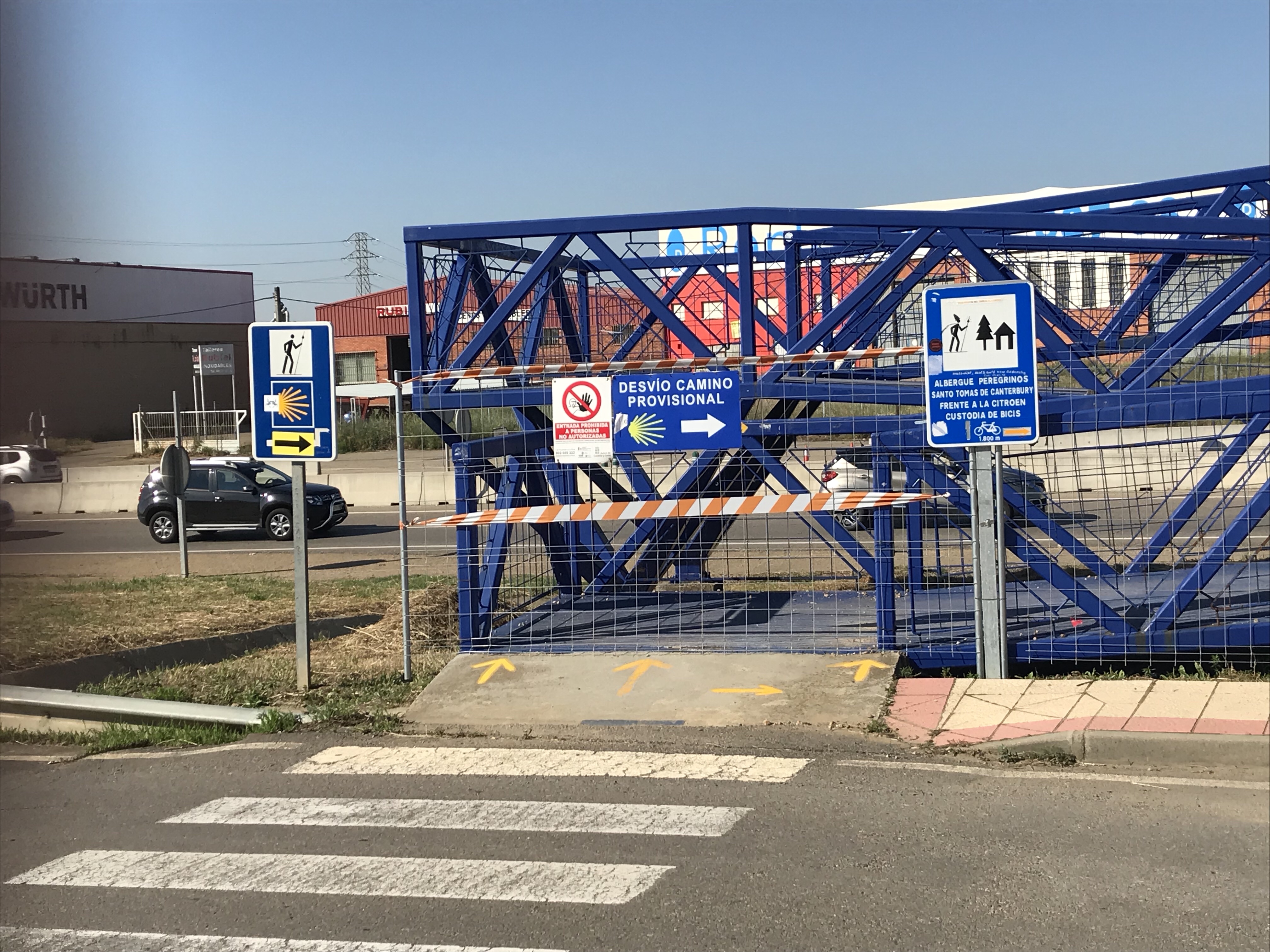 We had to do a detour. You know how addicted I am to the app, and here you can see the sidetrack we now was going for. It’s one thing driving in a car where you just can turn on the air conditioning and tune into your favourite station. But walking – Mama Mia every extra step hurts – walking some extra kilometres is not a bonus you look forward to! 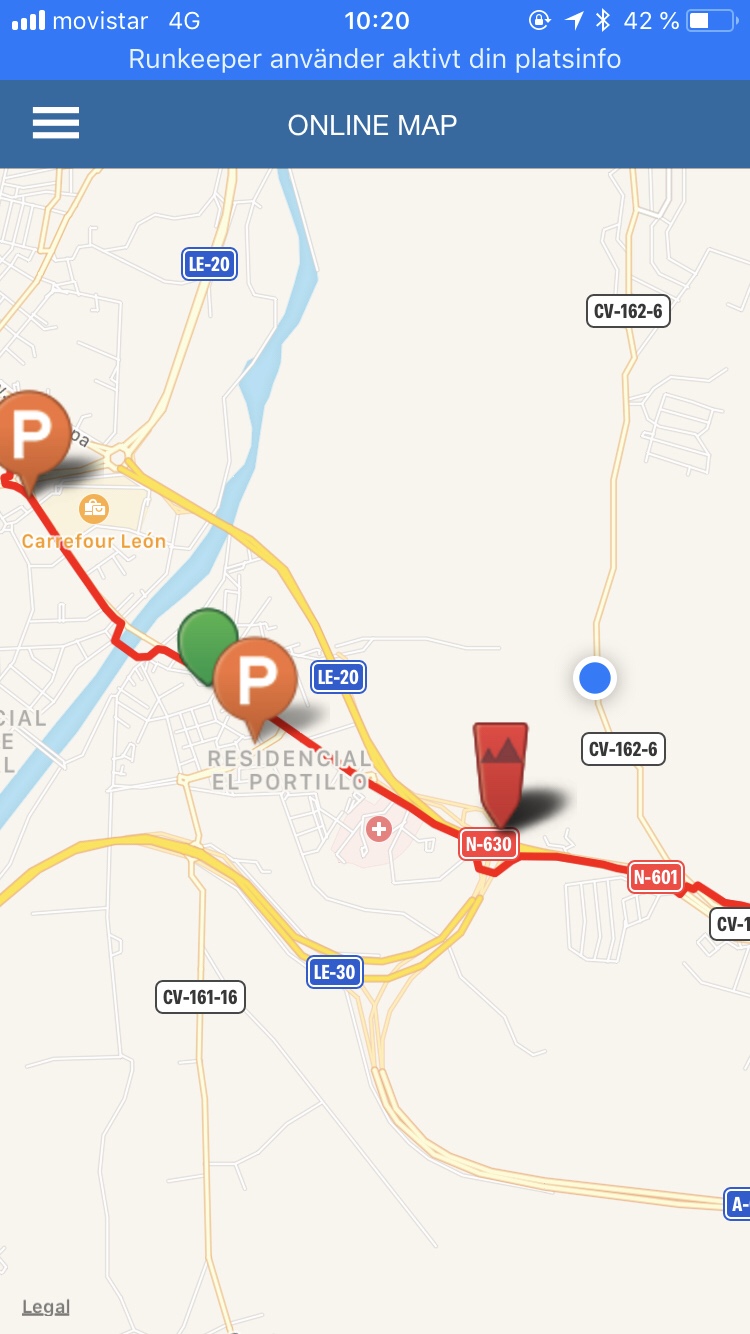 Well, after some hours(?), heavy up-hill walking we “the blue dot” was back on track again. At the first BAR we stopped and found the three lovely ladies from Orisson there too (however now they where only two of them left). Big Country, small world! So after a double KAS Naranja and some chitchat we where in happy pilgrim mode again!

Then it was just a few kilometres left to the city and the hostel. And here we are, taking the siesta as seriously as possible with some snacks and fresh orange juice. Yes, the supermarkets here in León are a bit different than in the countryside. There is a machine that automatically creates juice from oranges. You just pick the bottle, put it in the machine and press the handle and the magic starts. It’s amazing! Next time I have to test if it works with coconuts too! 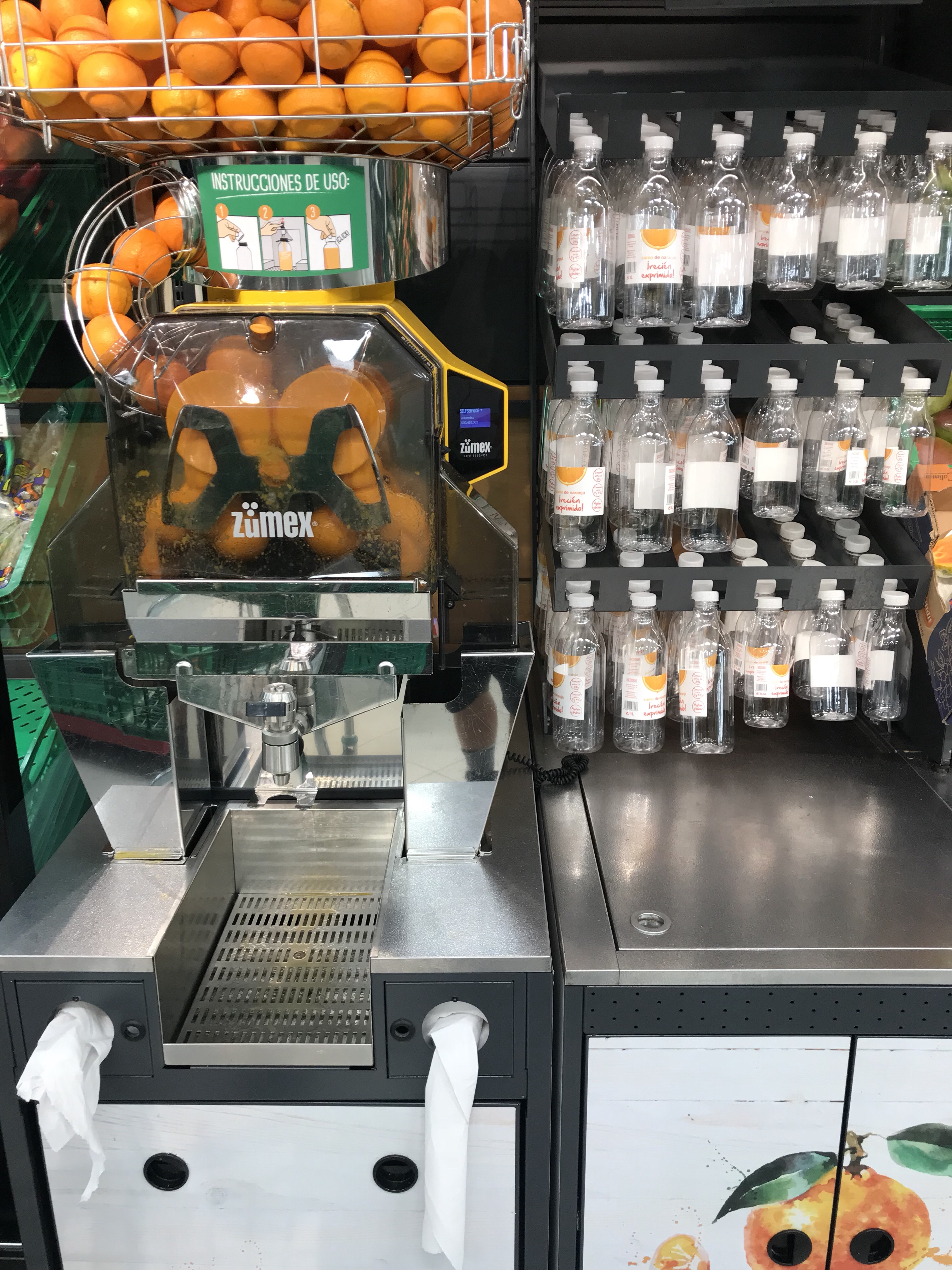