Had a hard start this morning knowing that we had to do some more walking, and that we have already had quite a lot of. Therefore we decided to be sure that we also enjoy this day! And that we have!

Have you heard if Mencia wine and the Bierzo area? We haven’t and little did we know until we realised that there where a lot of wine plants around us while walking. So to cut the story short. First in middle of nowhere and exactly along the Camino we found a very fine wine museum. 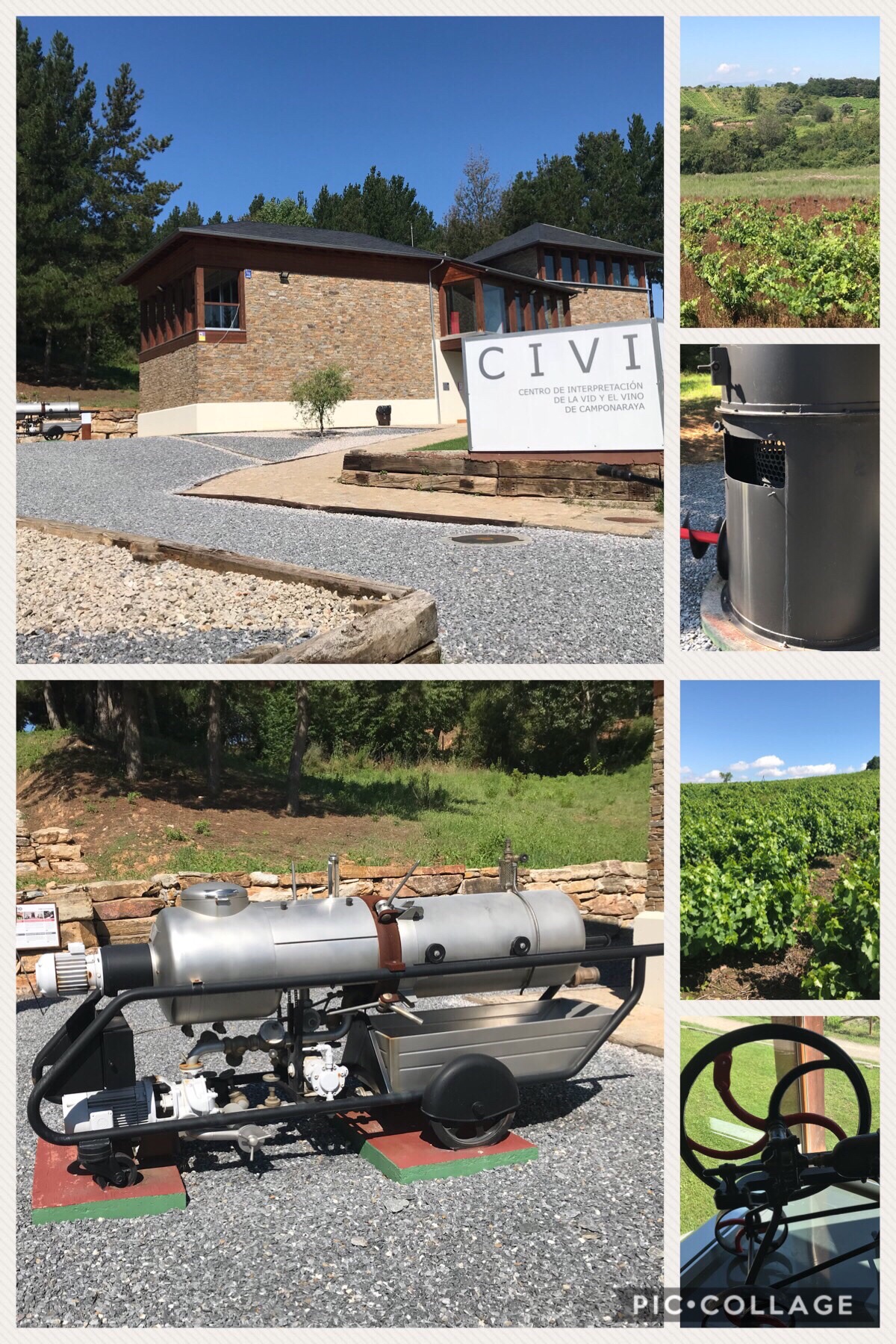 It looked like some kind of administrative state building and really closed, but it wasn’t! We where the only visitors and we had a great chance to learn something that’s called Mencia wine district and machines used in wine making.

Then walking around in the city Cacabelos we found a Bodega Cuatro Pasos and had a very, very fine guided tour in English by a girl called Shiela. She had some wine yards by herself and explained everything about the process, the village and the people in a very engaging and understandable way. 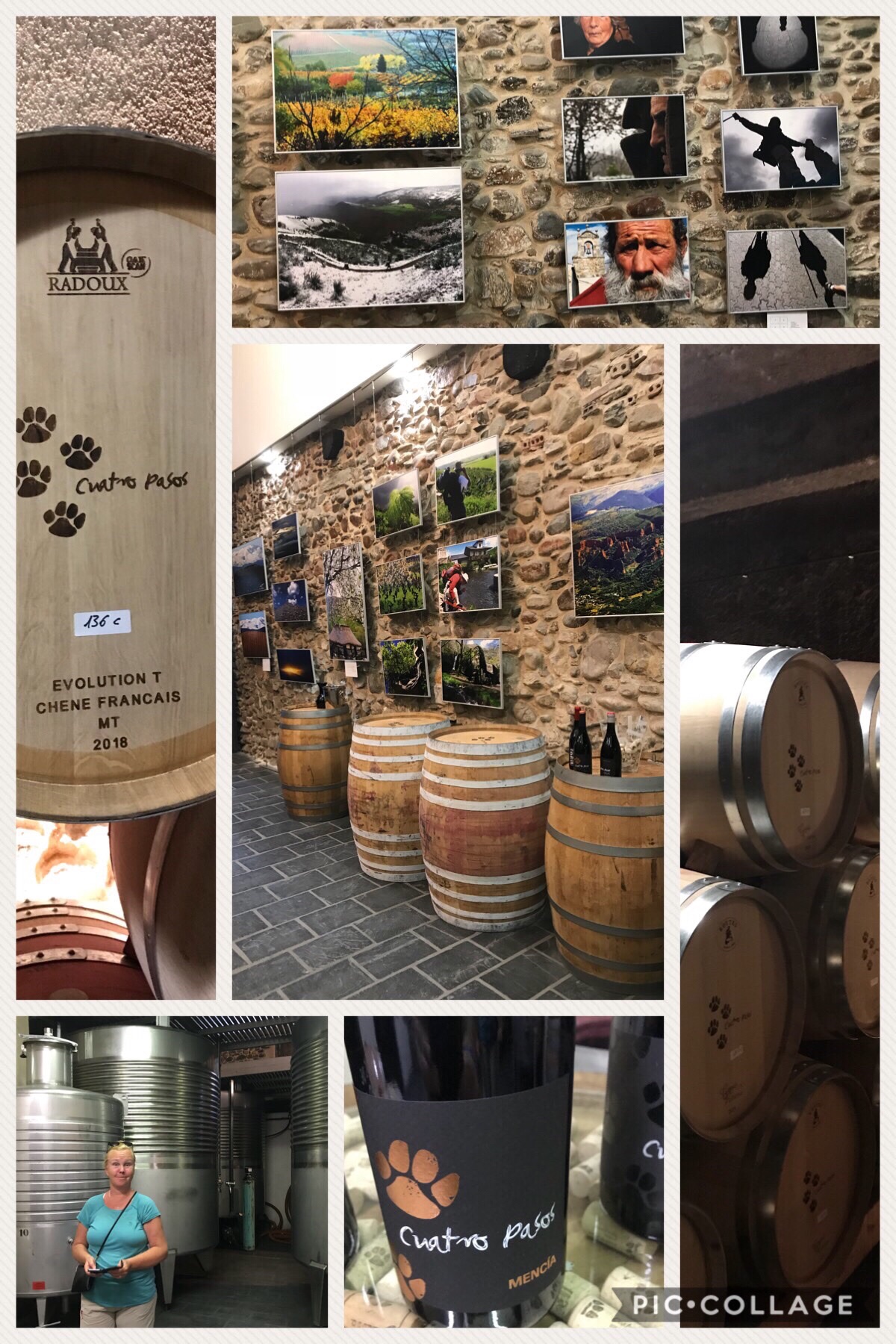 It’s no point to repeat everything here, but as in every production there is so much knowledge, thoughts and engagement. And that’s creates such an energy as listener and beholder(?).

Lessons learned, don’t run the Camino in express speed only focusing on the road. There is plenty of time to look around and learn! And if you wonder what these “cuatro pasos” comes from, I know it now! 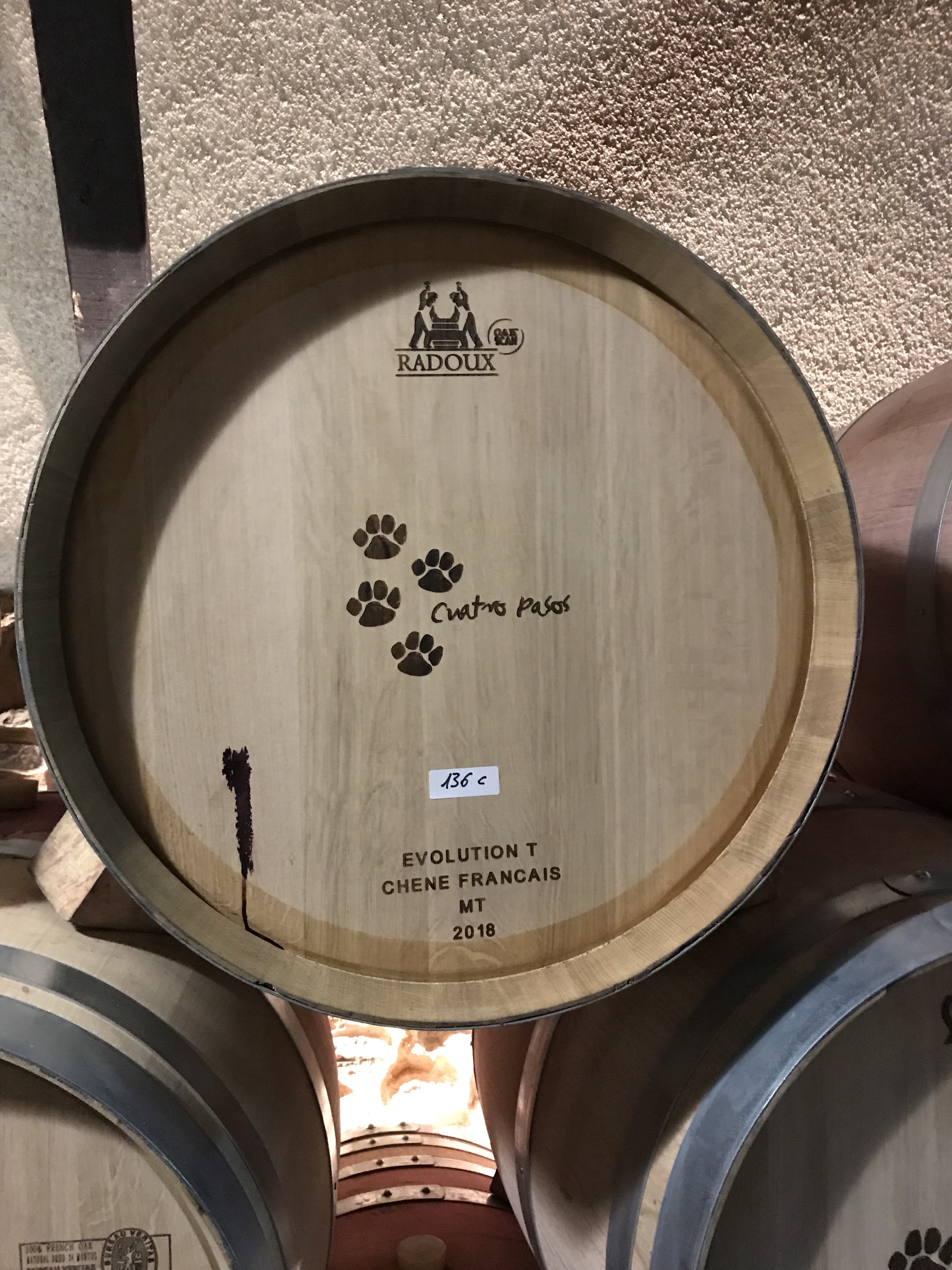